Today the Tschudi Group is run by the 4th generation of the Tschudi family, Felix H. Tschudi. Third generation, Captain Henry F. Tschudi was engaged in the family ship-owning business from 1945 – 1992. Each generation has been entrepreneurial and committed to new strategies thus creating a memorable and exciting history spanning over four generations. Read about the early years of our history here. 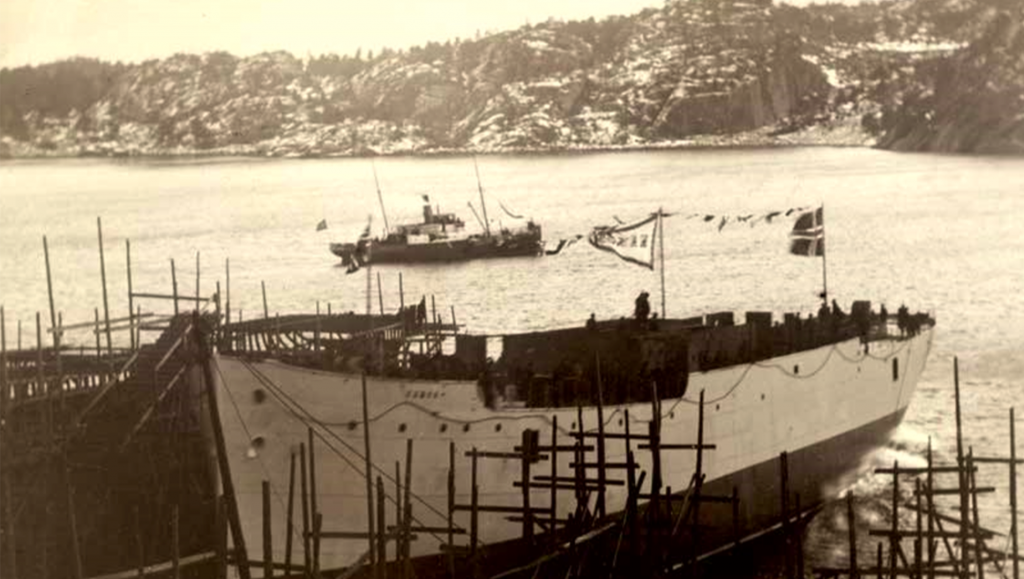 Today the Tschudi Group is run by the 4th generation of the Tschudi family, Felix H. Tschudi. Third generation, Captain Henry F. Tschudi was engaged in the family ship-owning business from 1945 – 1992. Each generation has been entrepreneurial and committed to new strategies thus creating a memorable and exciting history spanning over four generations. Read about the early years of our history here.

Pioneers in the tanker trade. The uncle of Captain Henry Tschudi (Felix H. Tschudi’s great grandfather), Gustav Conrad Hansen, was a prominent ship-owner. He was born in 1830 and trained as a merchant. At the age of 25 he launched his own business and by 1870 owned nine sailing ships. Henry Tschudi took every opportunity to accompany his uncle on-board and as soon as he finished schooling at the age of 15 in 1873 he signed on his uncle’s barque “Stadt”, against his parents’ will! This was the start of his maritime career – Henry Tschudi had chosen his direction in life.

In 1877, relatively early in their careers, both Henry Tschudi and Camillo Eitzen witnessed a historical shipping event. Gustav Conrad Hansen had entered a charter agreement with French oil importers for carrying oil in bulk from uSA to France. For this purpose, four wooden sailing ships were converted to carry oil in bulk, thus being among the first practical seagoing tankers in the world. The first of which was the sailing tanker Lindesnæs. until then oil had been carried in barrels or cases stowed on-board ordinary sailing ships. In fact this concept to carry oil in bulk was invented by Captain Even Tollefsen, the Captain of Lindesnæs. This was very successful and another three sailing vessels were converted with Henry Tschudi as Master on-board “Einar” and Camillo Eitzen as Master of “Rolf”.

The new steamship era. In the late 1800s, the major transition from sailing to steamship started. The partners, Camillo Eitzen and Henry Tschudi, were ready for change and foresaw this as an interesting and prosperous activity. Future focus should be on steamships.

Financial investments were required and Henry Tschudi travelled to his forefathers in Switzerland to seek investors. In 1895 he succeeded and money was raised to finance the construction of a new 2,000 dwt steamship, so called “tweendecker”, to be built in Norway. This ship was delivered in 1896 and named “uto” after a mountain in Switzerland.

This was so successful that a second ship was ordered and money was again raised in Switzerland. The next ship was delivered in 1897 and named “Albis” after another Swiss mountain. During the next 10 years, 8 similar steam ships (2.000 dwt) were ordered. These vessels were “Calanda”, “Selun”, “Sentis”, “Kamor”, “Falknis”, “Eiger” and “Titlis”. The last one “Gotthard” was delivered in 1906.

The tradition of Swiss names was maintained as a sign of respect for the Swiss investors. Another sign of respect was the funnel mark on the vessels, this being based on the City of Zurich coat of arms combined with the Norwegian colours.