Our seventh shipment for the Hising Bridge in Gothenburg was finalized with success last week. The shipment included pylons that will hold the 48 metres wide lift span. The new Hising Bridge in central Gothenburg is set to become a landmark, contributing to the development of the city centre on both sides of the River Göta. 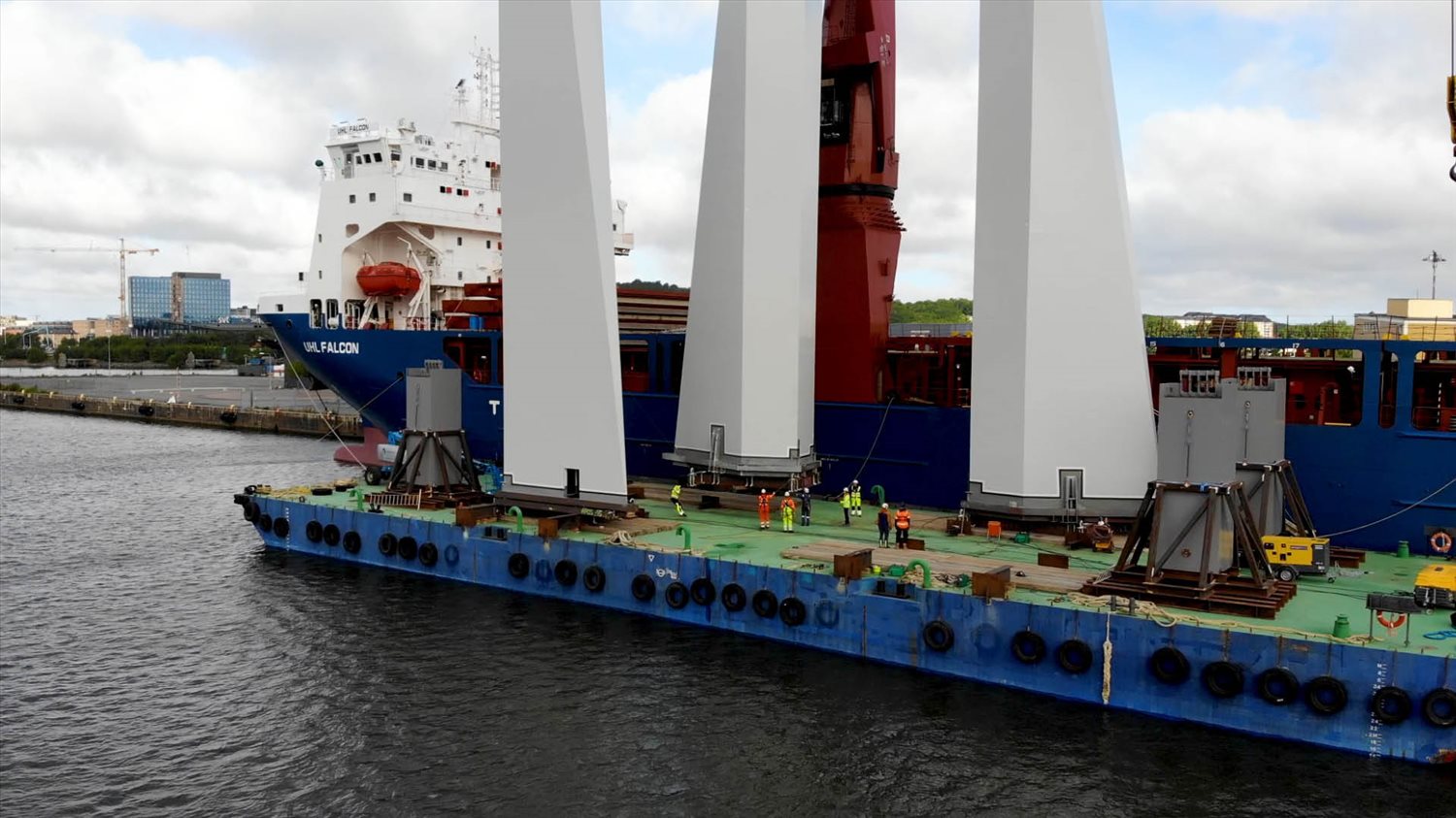 The bridge is a vertical-lift bridge with a 440-metre section over the water, the pylons and counterweights are parts of the construction for the lift span.

The eight pylons were loaded in Port of Seville in Spain. The geared vessel UHL Falcon was chartered for the job and the pylons were loaded under deck. On the way to Gothenburg the vessel made a quick stop in Lindø, Denmark to load four heavy counterweights – also for the bridge. Upon arrival in Frihamnen Gothenburg about ten hours later, the barge Mursu av Lysekil was maneuvered to the portside of the vessel.

Discharging of cargo was completed with the vessel’s own cranes. The counterweights were loaded and discharged with single lift – the pylons, on the other hand, called for a more complex lifting operation from horizontal to vertical position before being securely placed on the barge. Both vessel’s cranes were utilized to perform the tandem lift directly onto the barge.

The operation was performed in an effective manner. UHL Falcon arrived Saturday morning and the discharge of the counterweights was completed the same day. Sunday morning the first pylon was loaded unto the barge and the remaining seven pylons were discharged during Sunday and Monday.

The pylons will be installed to the bridge during the next couple of weeks and the installation is expected finalized end July.

Next shipment coming up!

So far Tschudi Logistics has delivered 42 bridge elements, 8 pylons and 4 counterweights for the bridge. Next week the shipment of the bridge section will commence. The section weights approximately 650 mton and will be loaded onto the vessel UHL Future in Sevilla, Spain. The voyage is expected to take seven days.